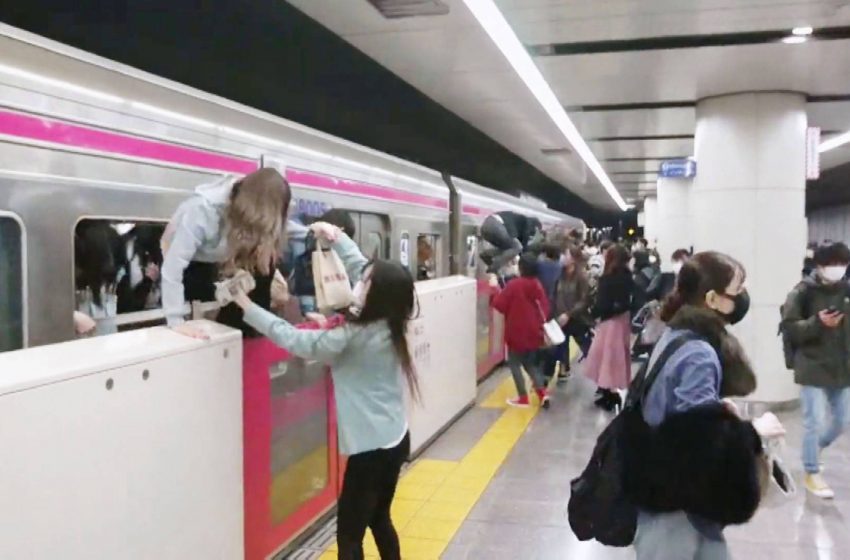 A 24-year-old man has been arrested on suspicion of attempted murder in the Japanese capital Tokyo after a knife attack on a train left at least 17 people injured Sunday evening, police told CNN, as many people were streaming into the city center to celebrate Halloween.

Witnesses say the suspect was wearing a costume that appeared to depict the character of the Joker from the Batman franchise.
At least one passenger — a man in his 70s — is in critical condition after being stabbed in the chest, police said.
Cell phone footage showed chaotic scenes from inside the train as the attack unfolded on the Keio line. In the video, passengers can be seen running through a train carriage to get away from the attacker. Loud bangs and screaming can be heard. A ball of flames then erupts, filling the carriage with smoke.
Passengers can then be seen jumping out of the train’s windows to escape and running along a station platform away from the train, which had made an emergency stop.
According to Japan’s public broadcaster NHK, the suspect was arrested after brandishing a knife and starting a fire on a moving train around 8 p.m. (7 a.m. ET) near Kokuryo Station in Chofu City, in Tokyo’s western suburbs. The train was bound for the busy Shinjuku Station in central Tokyo.