The Lagos State Governor-elect, Mr Babajide Sanwo-Olu, has solicited the support and cooperation of the members-elect of the 9th Lagos State House of Assembly, in order to bring good governance to the residents. Sanwo-Olu made the call while delivering a goodwill message at an induction workshop for the members-elect on Thursday in Lagos. The News […]Read More

…Tasks Members To Ensure Smooth Take Off For Next Administration Lagos State Governor, Mr. Akinwunmi Ambode on Tuesday inaugurated a 20-member Transition Committee that would be saddled with the responsibility of ensuring a seamless transition to the next administration on May 29, 2019. Inaugurating the Committee, Governor Ambode, who was represented by the Secretary to […]Read More

INEC Halts Polls In Rivers As Makinde, Sanwo-Olu, Others Win.

Sanwo-Olu wins Lagos, APC clears assembly seats In Lagos, the APC Governorship Candidate, Mr. Babajide Sanwo-Olu recorded a landslide victory over his PDP challenger, Mr Jimi Agbaje, has thanked Lagosians for voting him in as their next governor. The APC also cleared the 40 seats in the state House of Assembly. Sanwo-Olu polled 739,455 votes […]Read More

Ohaneze Ndigbo in Lagos has endorsed the All Progressives Congress, APC governorship candidate, Babajide Sanwo-Olu for the 9 March election. The endorsement was announced at the group’s town hall meeting in Lagos on Sunday, with Ohaneze Lagos State leader, Solomon Ogbonna, stating that members have concluded plans to cast their votes for Sanwo-Olu. The candidate […]Read More

In a statement by his media office, which was made available to our correspondent on Wednesday, Sanwo-Olu described Buhari’s success at the poll as a valid testimony to the fact that Nigerians acknowledge and are appreciative of his reformative initiatives designed to bring forth a better Nigeria. “Your landslide victory is a validation and appreciation […]Read More

We stand with Tinubu on Sanwo-Olu, says Arewa community

The Arewa Community in Lagos State, an umbrella body of Hausas living in Lagos, on Wednesday declared support for the governorship candidate of the All Progressives Congress in the state, Babajide Sanwo-Olu. Ahead of the March 2, 2019 governorship election, the Hausa community endorsed Sanwo-Olu at a rally on Wednesday at the National Stadium, Surulere. […]Read More

Sanwo-Olu Promises Inclusion Of Igbo In His Govt.

Lagos State All Progressives Congress, APC, governorship candidate, Mr. Babajide Sanwo-Olu has promised an all inclusive administration irrespective of ethnic, party inclination, especially Ndigbo if voted in the March governorship election in the state. This came even as leaders of Ndigbo in Lagos promised to support and vote for Sanwo-Olu, Obafemi Hamzat governorship ticket and […]Read More

The governorship candidate of the All Progressives Congress (APC) in Lagos State, Mr Jide Sanwo-Olu, has promised to ensure full empowerment and integration of women in the decision making positions of the state if voted into power. Sanwo-Olu made the pledge on Thursday in Lagos at an interactive session organiZed by the Office of the […]Read More 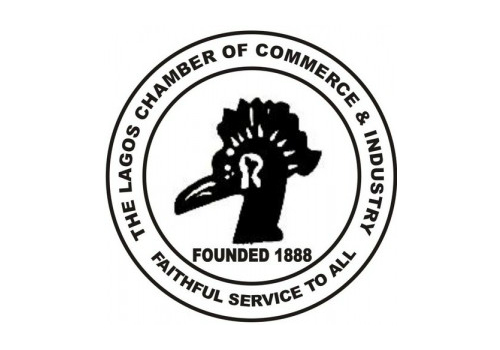 The governorship candidate of the All Progressives Congress in Lagos State, Babajide Sanwo-Olu, has said Lagos is not under bondage. While criticizing the Peoples Democratic Party, he asked residents of the state to “reject the slavery mentality that the PDP represents.” He spoke on Sunday during a visit to the Akran of Badagry, Aholu De […]Read More