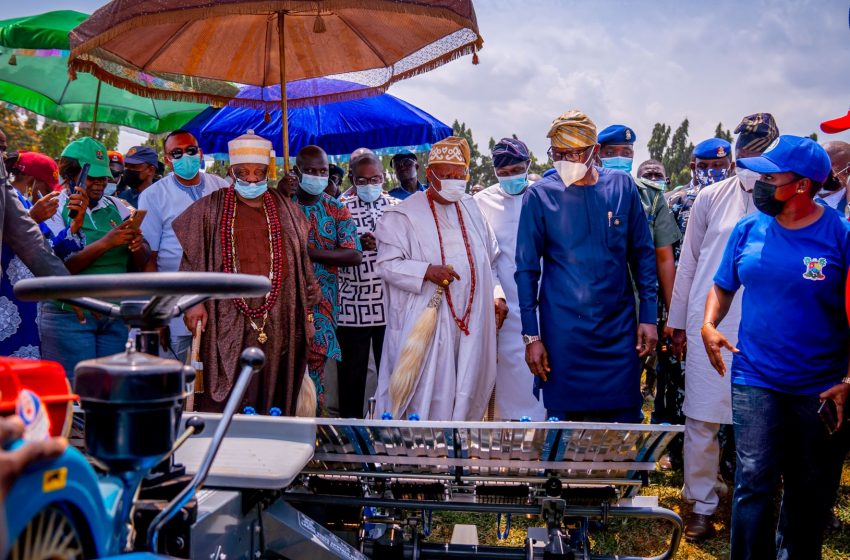 Governor Rolls Out Empowerment Scheme for Lagos Farmers, Assists 300 Trainees with N245 Million Machinery Support agr Women, youths and peasant farmers were the main beneficiaries of the 2021 Agricultural Value Chains Enterprise Activation Programme through which the State Government is supporting agripreneurs with modern equipment and inputs that would help them make significant […]Read More

The Lagos State Deputy Governor, Dr Obafemi Hamzat, on Tuesday ordered the arrest of four drivers who violated traffic laws by driving against the traffic on the Lagos-Badagry Expressway. Hamzat also ordered that the motorists’ vehicles should be impounded and they should be made to face the wrath of the law for their actions. According […]Read More

…Rehabilitation Of Facilities Commences During Holiday The Lagos State government has commenced the implementation of its plan to improve quality of education in all state-owned schools, with the tour of schools on Monday by Governor Babajide Sanwo-Olu to physically assess the state of facilities. The Governor said immediate repairs and rehabilitation of dilapidated facilities would […]Read More

…Promises to Address Concerns of Workforce on Minimum Wage Lagos State Governor, Mr. Babajide Sanwo-Olu on Thursday urged workers in the State to brace up and contribute their quota to the development of the State, saying that they cannot afford to fail Lagosians at this critical point. Speaking at a meeting with Civil Servants and […]Read More