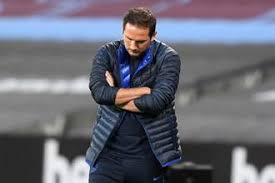 Frank Lampard was fired by Chelsea on Monday halfway through his second season in charge of the London club after being unable to replicate his success as the club’s record scorer in his first Premier League managerial job. Chelsea has lost five of its last eight Premier League games and dropped to ninth place, despite Lampard benefiting […]Read More

Frank Lampard was appointed Chelsea head coach on Thursday, confirming a dramatic return for one of the club’s greatest ever players. Lampard has signed a three-year contract with Chelsea, where he spent 13 years and became the team’s all-time leading scorer with 211 goals. The former England midfielder succeeds Maurizio Sarri after just one season […]Read More