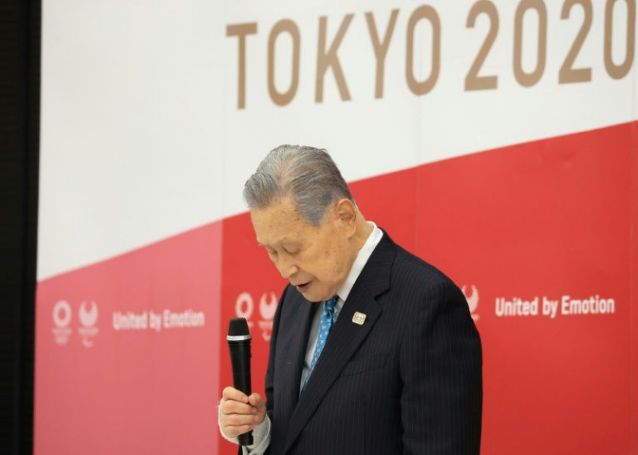 Tokyo Olympics chief Yoshiro Mori bowed to mounting pressure and resigned Friday over sexist remarks, leaving a leadership vacuum after opposition emerged to his favoured successor. The controversy over Mori’s comments has been an unwanted additional headache for organisers already struggling to win over a sceptical public less than six months before the Games open. […]Read More

Nigeria’s female top sprinter, Blessing Okagbare-Ighotegunor is now the first Nigerian athlete to qualify for two events (100m and 200m) at the 2020 Olympic Games in Tokyo, Japan and the World Athletics Championship billed for Doha in September. NationSport reports that the 30-year-old raced to a Season’s Best of 22.58s to finish 3rd in the […]Read More

Japan’s Abe wants to meet Kim to talk ‘frankly with

Japanese Prime Minister Shinzo Abe has offered to meet North Korean leader Kim Jong Un “unconditionally” in a bid to restore diplomatic ties between the two historic foes. In an interview with the Sankei Shimbun on Wednesday, Abe said: “I want to meet Chairman Kim Jong Un unconditionally and talk with him frankly with an […]Read More

Japan Reveals Name Of New Imperial Era Will Be ‘Reiwa’.

The country’s current era, Heisei, will end in a month with Emperor Akihito’s historic abdication. Chief Cabinet Secretary Yoshihide Suga announced the highly anticipated name by holding up a board with the characters handwritten on it. Prime Minister Shinzo Abe has addressed the nation to explain its meaning. Each Japanese emperor’s reign, or “gengo”, is […]Read More

Japan has donated $2m to help 48,000 persons affected by the Boko Haram insurgency in the North-East through the United Nations World Food Programme. In a statement on Tuesday, WFP said the money would help them to recover and rebuild their lives. The statement said, “As part of WFP’s efforts to build stability across communities […]Read More

The U-15 national boys team, known as the Future Eagles, has been invited to take part in an eight–nation tournament in Japan in June this year.Known as the U-16 International Dream Cup, the tournament started in 2015 and has welcomed teams from a number of the world’s leading football nations, including France, Spain and The […]Read More

TomTom To Sell Telematics Unit To Bridgestone For $1.03 Billion

TomTom, the Dutch navigation and digital maps company, said on Tuesday it has agreed to sell its Telematics, or the fleet management business, to Japan’s Bridgestone for 910 million euros ($1.03 billion). The company will return 750 million euros of that to shareholders via a capital repayment and share consolidation — a strategy that means […]Read More

Two Su-34 jets of the Russian Air Forces accidentally collided during a training flight in the country’s Far East on Friday, the Russian Defence Ministry confirmed in a statement. According to the statement, the accident occurred over the Sea of Japan, 35 km off the coast, at 8:07am Moscow time (0507 GMT). The planes performed […]Read More

A powerful blast ripped through a restaurant in northern Japan late Sunday, injuring 42 people, starting fires that took hours to bring under control and leading several neighbouring buildings to collapse, officials and reports said. Images from the scene showed large flames and plumes of smoke rising in the night air after the blast in […]Read More

US Challenges Russian Claims in Sea of Japan

A U.S. Navy destroyer on Wednesday sailed into waters claimed by Russia in the Sea of Japan in a direct challenge to Moscow. The guided-missile destroyer USS McCampbell “sailed in the vicinity of Peter the Great Bay to challenge Russia’s excessive maritime claims and uphold the rights, freedoms and lawful uses of the sea enjoyed […]Read More