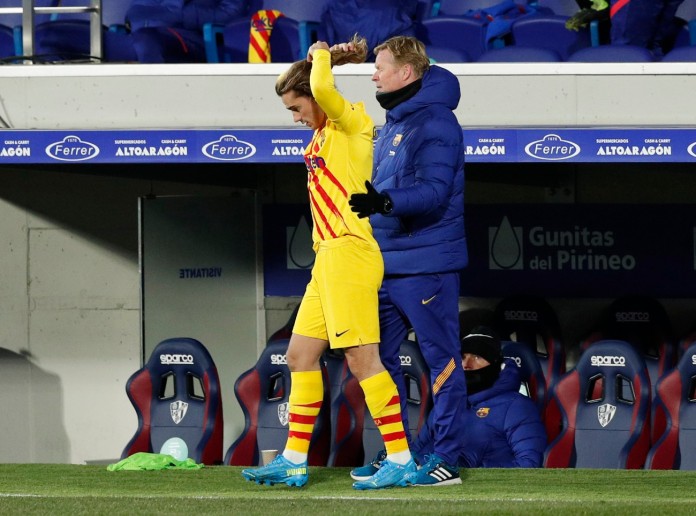 Manuel Pellegrini Returns To Spain As Coach Of Betis

Former Manchester City and Real Madrid coach Manuel Pellegrini has returned to Spanish football as coach of Real Betis, his new club announced on Thursday. The 66-year-old Chilean, who has also worked in China, has signed a three-year deal with the Seville-based outfit, running until June 2023. The arrival of Pellegrini at the Benito Villamarin […]Read More

Belgian captain Eden Hazard has been unveiled as a player of Real Madrid at the Bernabeu. The 28-year-old, who spent seven years at Chelsea, signed a five-year contract with the Los Blancos for a fee in the region of €100m, with a potential €20m extra in additional performance-related bonuses. The club have not yet confirmed […]Read More

Manchester United have made an eleventh-hour bid to sign Atletico Madrid forward Antoine Griezmann, despite a statement by the club’s chief that the Frenchman will be joining Barcelona. However, United hope to hijack the long-awaited transfer and bring Griezzman to Old Trafford claims The Sun. Earlier, Atletico chief Miguel Angel Gil Marin revealed to Movistar: […]Read More

Real Madrid have sacked Julen Lopetegui as manager after four and a half months in charge at the Bernabeu. The Spaniard succeeded Zinedine Zidane in June but the crushing 5-1 El Clasico defeat by Barcelona on Sunday was their fifth loss in six games. Real, Champions League winners for the past three years, are ninth […]Read More