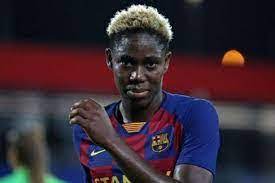 Super Falcons striker Asisat Oshoala has undergone surgery on her right foot, FC Barcelona Femeni have confirmed. The club in a statement said the surgery was to correct the defect on her right foot. The statement read, “The player had been suffering from discomfort for a few weeks, which had caused her to miss a […]Read More