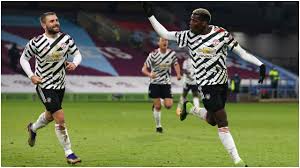 Paul Pogba took Manchester United top of the Premier League for the first time in three years as his deflected winner saw off a dogged Burnley 1-0 at Turf Moor on Tuesday. United now lead defending champions Liverpool by three points ahead of a top-of-the-table clash between the two most successful sides in English football […]Read More

VAR to be used from Africa Cup of Nations quarter-finals

The Video Assistant Referee (VAR) system will be introduced from the quarter-final stage of the Africa Cup of Nations, increasing the possibility of drama in a tournament traditionally filled with refereeing controversy but this year rather muted. It was originally planned to use VAR from the semi-final stage but it will now be brought in […]Read More

FIFA defends VAR ahead of quarter-finals

FIFA on Wednesday defended its Video Assistant Referee review system, saying referees had reached a 98 Percent accuracy rate in decision-making during the group stage of the ongoing women’s World Cup in France. VAR system has made a controversy-filled debut in the women’s game at World Cup level, baffling players and coaches, and frustrating fans. […]Read More

Paris Saint-Germain superstar Neymar blasted the video assisted refereeing (VAR) decision to award Manchester United a late penalty in their 3-1 Champions League last-16 second-leg win at Parc des Princes that secured a 3-3 away goals success. The injured Brazil international was powerless to stop his teammates from throwing away a two-goal, first-leg lead to […]Read More

CAF To Introduce VAR At 2019 AFCON In Egypt.

The Confederation of African Football, CAF yesterday in Niamey, Niger Republic officially approved the use of the Video Assistant Referee (VAR) at the 2019 Africa Cup of Nations tournament set to take place in Egypt from June 19 to July 21, 2019. This will be the first time in the history of the AFCON that […]Read More

The video assistant referee (VAR) system was used to rule out a goal in the Champions League for the first time in Wednesday’s last 16 game between Ajax and Real Madrid. Ajax defender Nicolas Tagliafico appeared to have headed the Dutch side ahead on 38 minutes, but referee Damir Skomina disallowed the goal after Dusan […]Read More

Goals scored from offside positions will be a thing of the past at least in competitions where Video Assistant Referees (VARs) are used, FIFA President Gianni Infantino said on Friday. FIFA president also hailed the success of the technology at the World Cup in Russia. Infantino, dressed in a red volunteer’s uniform also declared the […]Read More