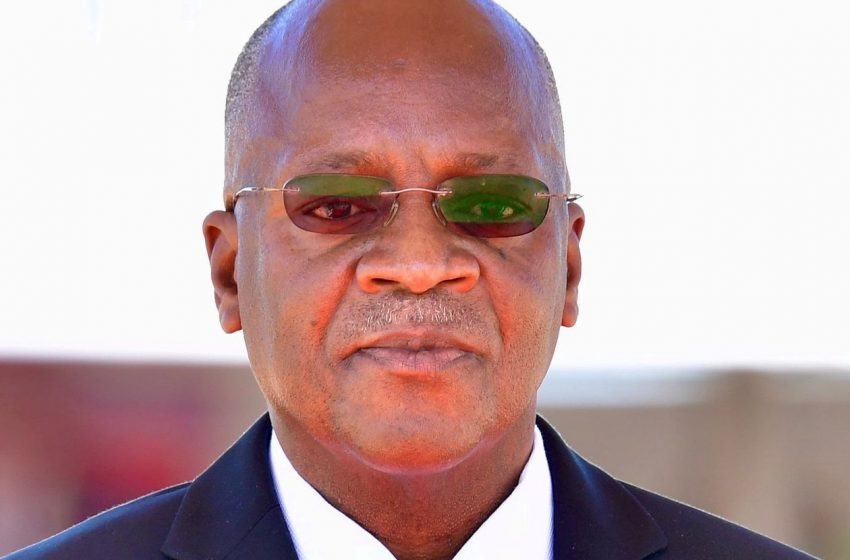 John Magufuli, Tanzania’s firebrand president who dismissed the severity of the coronavirus pandemic and urged voters to gather in churches and mosques to protect themselves against it, has died, leaving behind a mixed legacy and questions over the leadership of his gold-producing nation. He was 61 years old.

“Tanzania has lost a courageous leader,” the vice president said through tears, standing next to the national flag.

Speculation had been rife across East Africa for more than a week that Mr. Magufuli, a vocal Covid-19 skeptic, was critically ill with the coronavirus.

Nicknamed “the Bulldozer” for the forceful leadership style he used on allies and opponents alike, Mr. Magufuli was among East Africa’s rising cadre of autocratic technocrats, who saw Western-style democracy as an obstacle to the economic transformation of the world’s poorest continent.His populist policies included public spats with international mining companies he accused of shortchanging Tanzanians. He also chastised his own officials for wasteful spending. These actions and rhetoric secured Mr. Magufuli huge support in conservative and rural communities.

Last year, the World Bank classified Tanzania as a middle-income economy for the first time, a feat achieved five years ahead of schedule. Tanzania’s increasing wealth was driven by domestic and foreign investments in infrastructure and agriculture, particularly from China, the country’s largest trading partner.

Those successes, however, came at the cost of civil and personal liberties in what had long been considered one of Africa’s more stable democracies. Once the Covid-19 pandemic arrived in Africa, Mr. Magufuli never put his country into lockdown and mocked masks and other social-distancing measures, a decision that his critics say led to thousands of unnecessary deaths. News organizations that reported on the virus, which Mr. Magufuli insisted had been defeated in Tanzania in May, were fined and journalists threatened with prosecution.

Instead, he encouraged citizens to pray in churches and mosques to defeat a “satanic” virus and refused free Covid-19 vaccines from a World Health Organization-backed facility that provides shots to poor countries—even as reports mounted of prominent figures succumbing to respiratory illnesses. Late last month, Mr. Magufuli’s breathless and coughing finance minister, flanked by unmasked doctors, gave a news conference to deny rumors of his death.