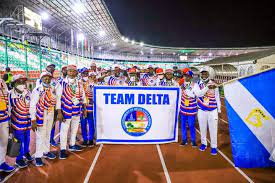 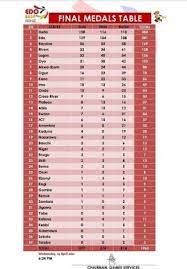 Delta have emerged as the winners of the 2020 National Sports Festival which held in Edo State.

The 20th edition of the festival kicked off on April 2 and ended on April 14.

Delta emerged as the champions of the competition with after raking in a total of 158 gold, 116 silver, and 110 bronze.

While Akwa Ibom emerged the seventh position with 20 gold, 24 silver, and 44 bronze, Akwa, Ogun followed next with 16 gold, 23 silver, 39 bronze to emerge eighth.