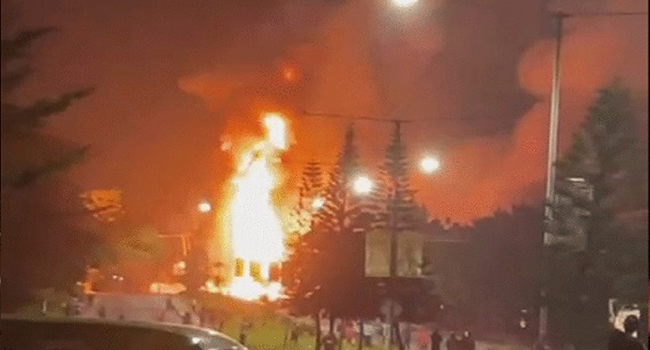 Three people have been confirmed dead and 13 others injured in a gas explosion that occurred at OPIC Plaza, on Mobolaji Bank Anthony Way in Ikeja, Lagos.

Early reports from the Lagos state Police spokesperson, Olumuyiwa Adejobi said “The inferno erupted due to a gas explosion that occurred on Thursday, June 12, by 10pm.”