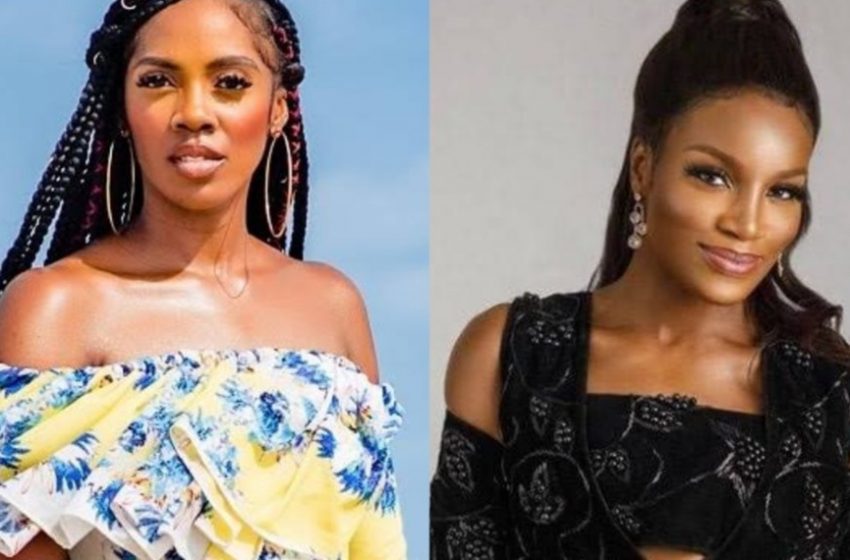 Popular singers, Tiwa Savage and Seyi Shay, have been involved in a fight in a salon in Lagos.

In a video, which surfaced online, the duo was seen being pulled apart from getting physical at the salon as they threw altercations at each other.

Seyi Shay had walked up to Tiwa Savage at the salon to say hi, but Tiwa was not having it.

According to Tiwa Savage, Seyi Shay had no right to walk up to her to say hi, considering what she and Victoria Kimani had done to her in the past.

Seyi Shay and Victoria Kimani had in 2019 released their covers of Kizz Daniel’s hit song, ‘Fuck You’, where they had both dissed Tiwa Savage.

In her lyrics, Seyi Shay said, “You know I’m not Savage, I pay my bills.”

Victoria Kimani, in her part, accused Tiwa Savage of prostitution and blocking her from a show.