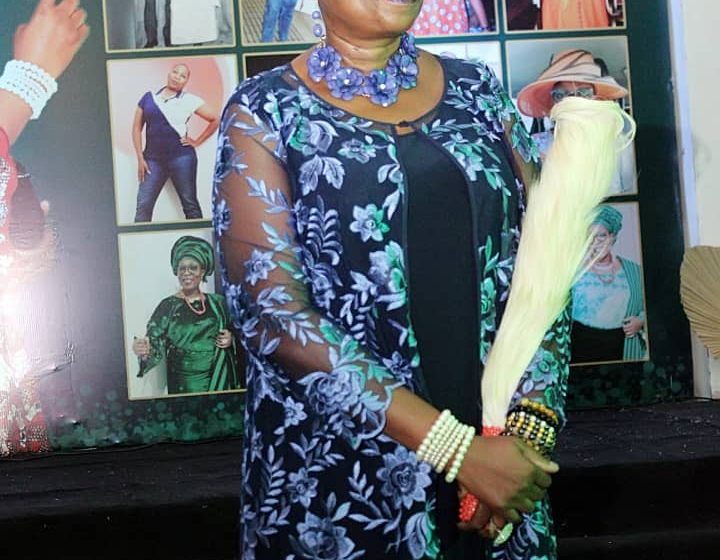 The celebrant and retired Permanent Secretary, Ministry of Tourism Arts and Culture, Princess Adenike Adedoyin-Ajayi during the reading of her citation at her 60th birthday and retirement celebrations.

The Civil Service career of the Permanent Secretary, Lagos State Ministry of Tourism, Arts and Culture, Princess Adenike Adedoyin-Ajayi, came to a climax on the 19th of February, 2022 when she attained the mandatory retirement age of 60 years and bowed out of office as the 7th Permanent Secretary of the Ministry.

The Head of Service, who was represented by the Permanent Secretary Public Service Office, Mr. Samson Ajibade, said “Princess as she is fondly called, is a highly cerebral, intelligent, efficient and a hardworking personality. She always leaves whatever she comes in contact with better. She championed the Service Charter initiative and successfully made something out of nothing when she introduced the Service Charter”.

“Till date, her blueprints are still being actively used in the Office of Transformation, Creativity and Innovation. She is an orator and a great motivator that ensures she leaves a lasting impression in the minds of everyone she has worked with. The Government of Lagos State appreciates you for your contribution to its cause. Because of you, the service charter initiative and some other innovations have come to stay”, he stated.

Also speaking at the event, the Commissioner for Tourism, Arts and Culture, Mrs. Uzamat Akinbile-Yussuf, said that although the celebrant’s stay as the Permanent Secretary was short, the entire members of the Ministry will forever remember her for the impacts made and for her indelible footprints.

Her words: “She is a delectable woman. A perfectionist and fastidious. She is leaving a remarkable legacy at the Ministry. She has left a big vacuum in the Ministry that would be hard to fill. We can’t help but wish her well”.

Highlighting some of Princess Adenike’s legacy at the Ministry, the Commissioner said, “She gave the Ministry a pay-off line which is: ‘MTAC – Giving You the Best of Lagos’. The Ministry will forever reckon with this pay-off line. It succinctly personifies the mandate of the Ministry.”

In recognition of her diligence and exemplary service to the State, Princess Adenike Adedoyin-Ajayi was presented with a Certificate of Service as well as a retirement award.

The highpoint of the event organised for the retired Permanent Secretary was the launch of her book titled: “A widow’s Power”. The proceeds from the first 100 copies of the book, according to the author, would be used to support the efforts of a Non-Governmental Organisation (NGO) to reach out to more vulnerable individuals.

The event also had in attendance members of the Association of Lagos State Retired Heads of Service and Permanent Secretaries (ALARHOSPS), including a former Head of Service, Mrs. Oluseyi Josephine Williams, clerics, relatives, friends and associates of the retiree among others