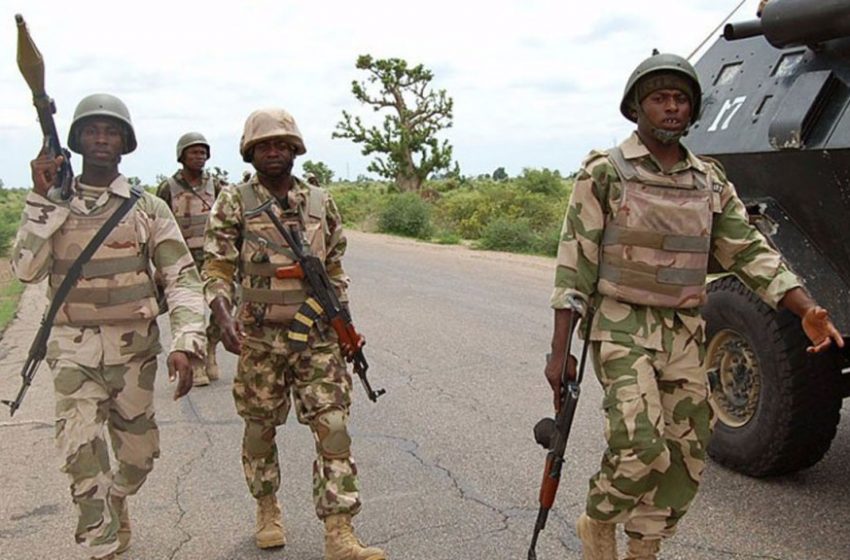 The Director, Army Public Relations, Brig.-Gen. Onyema Nwachukwu, disclosed this in a statement on Wednesday in Abuja.

Nwachukwu said the terrorists, who were prowling for logistics replenishment, made futile efforts to infiltrate the town but were met with a fierce counterattack from the vigilant troops, forcing them to retreat in disarray.

According to him, the gallant troops captured one gun truck, one Dushka anti-aircraft gun, two AK-47 rifles and unprimed Improvised Explosive Devices (IED) from the fleeing terrorists.

“Further exploitation by the troops is still ongoing. The dogged troops have been commended by the Chief of Army Staff, Lt.-Gen. Faruk Yahaya, for their vigilance and swiftness in countering the attack.

“He also encouraged them to remain focused and avoid any form of distraction from the terrorists, who are desperate to make face-saving moves, having suffered enormous depletion in their ranks.

“Law abiding people of Yobe and North-East in general are assured of the Chief of Army Staff’s determination to finally rout the Boko Haram/ISWAP terrorists from their hideouts.

“They are also encouraged to continue to avail troops of actionable information that would enhance speedy execution of ongoing Counter-Terrorism Counter-Insurgency operations in the region,” he said. (NAN)