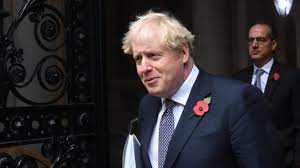 Two of the United Kingdom’s most senior ministers have resigned from the cabinet in the latest blow to Prime Minister Boris Johnson’s leadership.

Health Minister Sajid Javid and Finance Minister Rishi Sunak announced their resignations within minutes of each other on Tuesday, plunging Johnson’s government into crisis weeks after the prime minister survived a no-confidence vote.

The resignations, which were followed by similar announcements by several junior ministers, came as Johnson was apologising for what he said was a mistake for not realising that a former minister in charge of pastoral care was unsuitable for a job in government after complaints of sexual misconduct were made against him.

In their resignation letters, both Javid and Sunak took aim at Johnson’s ability to run an administration that adhered to standards.

Javid said he had lost confidence in Johnson’s ability to govern in the national interest after a series of scandals, saying he could “no longer continue in good conscience”.

He said that many legislators and the public had lost confidence in Johnson’s ability to govern in the national interest.

“I regret to say, however, that it is clear to me that this situation will not change under your leadership – and you have therefore lost my confidence too” Javid said in a letter to Johnson.

Sunak said he had reluctantly come to the conclusion that “we cannot continue like this”.

“The public rightly expect government to be conducted properly, competently and seriously. I recognise this may be my last ministerial job, but I believe these standards are worth fighting for and that is why I am resigning,” he said on Twitter.