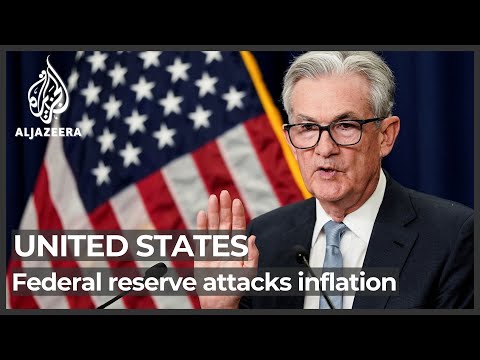 The Federal Reserve on Wednesday approved its largest interest rate increase in more than a quarter of a century to stem a surge in inflation that U.S. central bank officials acknowledged may be eroding public trust in their power, and being driven by events seen increasingly out of their hands.

The widely expected move raised the target federal funds rate by three-quarters of a percentage point to a range of between 1.5% and 1.75%, still comparatively low by historic standards.

But the Fed’s hawkish commitment to controlling inflation has already touched off a broad tightening of credit conditions being felt in U.S. housing and stock markets, and likely to slow demand throughout the economy

Officials also envision steady rate increases through the rest of this year, perhaps including additional 75-basis-point hikes, with a federal funds rate at 3.4% at year’s end. That would be the highest level since January 2008 and enough, Fed projections show, to slow the economy markedly in coming months and lead to a rise in unemployment.

“We don’t seek to put people out of work,” Fed Chair Jerome Powell said at a news conference after the end of the Fed’s latest two-day policy meeting, adding that the central bank was “not trying to induce a recession.”

Yet the Fed chief’s remarks were among his most sobering yet about the challenge he and his fellow policymakers face in lowering inflation from its current 40-year high, to a level closer to its 2% target, without a sharp slowdown in economic growth or a steep rise in unemployment.