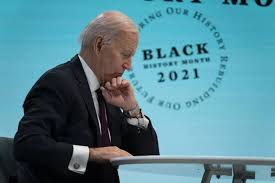 The United States and Canada have agreed to “double down” on efforts “to achieve net zero emissions by 2050,” President Joe Biden announced on Tuesday, following his first bilateral meeting with a foreign leader since taking office last month.

Due to coronavirus pandemic precautions, his discussion with Canadian Prime Minister Justin Trudeau was virtual — with Biden in the White House in Washington, D.C., and the Canadian leader in Ottawa. Usually, Canada is a quick first stop abroad for any newly elected U.S. president, but COVID-19 turned the bilateral meeting into one with considerable social distancing.
The two leaders, however, appeared mostly in sync even if they were 700 kilometers apart.

Trudeau, whose image and voice were piped into the Oval Office, said that “U.S. leadership has been sorely missed over the past years,” specifically on addressing climate change — a criticism of former President Donald Trump’s four years in power when the United States pursued an “America First” agenda, neglecting alliances and multilateral relationships.

“As we’re preparing the joint rollout and communique from this one, it’s nice when the Americans aren’t pulling out all references to climate change and, instead, adding them in,” Trudeau said.

Biden told the Canadian leader during their virtual meeting that “the United States has no closer friend than Canada. That’s why you were my first call as president, my first bilateral meeting. … We’re all best served when the United States and Canada work together and lead together in close coordination on a whole range of issues.”

Trump and Trudeau had a contentious relationship. When the prime minister complained to the president about tariffs slapped on Canadian steel and aluminum, ostensibly on grounds of U.S. national security, Trump called Trudeau “very dishonest and weak.” Trump even raised the War of 1812, asking Trudeau: “Didn’t you guys burn down the White House?” (They didn’t; Canada was still a British colony in 1814 when troops that had come from across the Atlantic burned it.)

Despite the vastly improved relationship for the North American neighbors, there are unresolved disagreements.