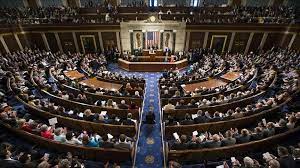 CITING overarching concerns about Nigeria’s human rights record, as well as the “drifting toward authoritarianism” of the Major-General Muhammadu Buhari (retd.) regime, United States lawmakers have embargoed a proposed sale of attack helicopters to Nigeria. Media reports stated that lawmakers on the Senate Foreign Relations Committee delayed clearing the planned sale of 12 AH-1 Cobra attack helicopters and accompanying defence systems to the Nigerian military because they feared the equipment could be used against the citizens. Consequently, the deal worth $875 million was suspended.

Bob Menendez, a Democratic senator and chairperson of the Senate Foreign Relations Committee, and Jim Risch, a Republican senator on the committee, are reported to be the brains behind the stoppage.

Over the years, the Nigerian government has been accused by international rights organisations like Amnesty International and Human Rights Watch of flagrant abuses of its citizens’ democratic rights, extrajudicial killings, and human rights violations by the military. Last October, nationwide protests by youths against police brutality codenamed #EndSARS were met with brutal force by the government, as evidenced in the fatal shooting of unarmed protesters at the Lekki toll plaza in Lagos. In a March 2011 report, AI said an estimated 1,200 people were extrajudicially killed and about 7,000 young men and boys died while in military custody from torture. AI claimed that military commanders either sanctioned the abuses or ignored the fact they were taking place.

A recent report by the same body said Nigerian security forces committed “a catalogue of human rights violations and crimes under international law in their response to spiralling violence in the South-East Nigeria since January.” The “repressive campaign,” it said, included sweeping mass arrests, excessive and unlawful force, and torture and other ill-treatment, leading to the death of some 115 people, mainly members of the proscribed Indigenous People of Biafra/Eastern Security Network, between March and June. This campaign was ostensibly carried out in response to a series of attacks on government infrastructure, including prisons and public buildings, killing of several police officers by gunmen suspected to be ESN militants.

In the same vein, the HRW, in a 2020 report, claims that “80 years after its birth, members of the (Nigeria Police) force are viewed more as predators than protectors, and the Nigeria Police Force has become a symbol in Nigeria of unfettered corruption, mismanagement, and abuse.” It avers that “extortion, embezzlement, and other corrupt practices by Nigeria’s police undermine the fundamental human rights of Nigerians….” The most direct effect of police corruption on ordinary citizens, it says, stems from the myriad human rights abuses committed by police officers in the process of extorting money. These abuses range from “arbitrary arrest and unlawful detention to threats and acts of violence, including physical and sexual assault, torture, and even extrajudicial killings.”

As usual, the Nigerian authorities dismissed the reports and accused the rights group of pursuing “an agenda to undermine the army’s resolve to combat terrorism in the country.” Nigeria has been besieged by multiple security challenges. A jihadist insurgency waged by Boko Haram in the North-East is on for more than a decade. Additionally, Fulani herdsmen attack farming communities in the North-Central and the South, banditry, rampant abduction of schoolchildren in the North-West and separatist agitations occur in the South-East. It has been reliant on weapons purchase and military assistance from the US and others to confront these hydra-headed challenge