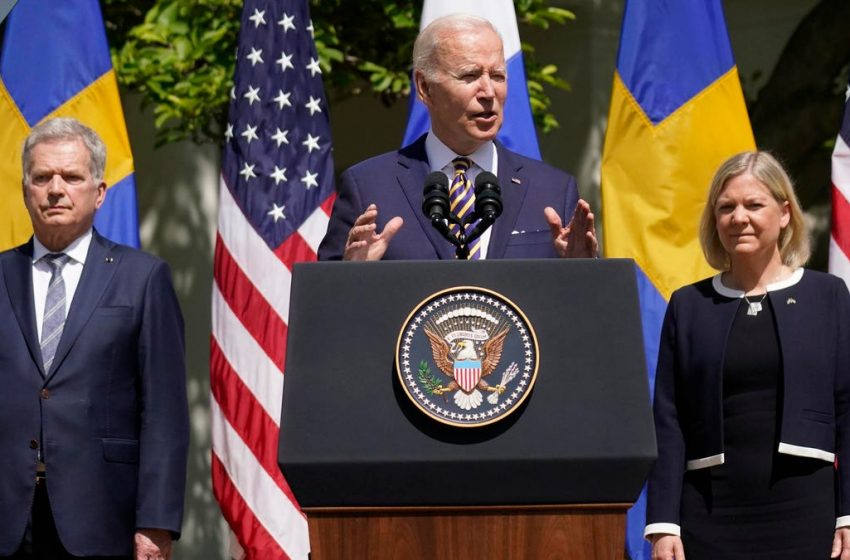 Sweden and Finland have the “full, total and complete backing” of the US in their decision to apply for NATO membership, President Joe Biden says.

Both countries submitted their applications to be part of the Western defence alliance this week, marking a major shift in European geopolitics, reports the BBC.

To join the alliance, the two nations need the support of all 30 NATO member states.

But the move by the Nordic nations has been opposed by Turkey.

“New members joining NATO is not a threat to any nation,” he said. The president added that having two new members in the “high north” would “enhance the security of our allies and deepen our security co-operation across the board”.

Russia has repeatedly said it sees NATO as a threat and has warned of “consequences” if the block proceeds with its expansion plans.

Turkey has accused both Sweden and Finland of hosting suspected militants from the Kurdistan Workers’ Party (PKK), a group it views as a terrorist organisation.

However, both NATO Secretary-General Jens Stoltenberg and British Defence Minister Ben Wallace have expressed confidence that these concerns will eventually be addressed.

Biden’s comments came as the US Senate voted to approve a new $40bn (£32bn) bill to provide military and humanitarian aid to Ukraine. It is the biggest emergency aid package so far for Ukraine.

The bill – which was passed by the House of Representatives with broad bipartisan support on May 10 – was expected to be passed earlier this week, but was blocked by Kentucky Republican Rand Paul over a dispute about spending oversight.