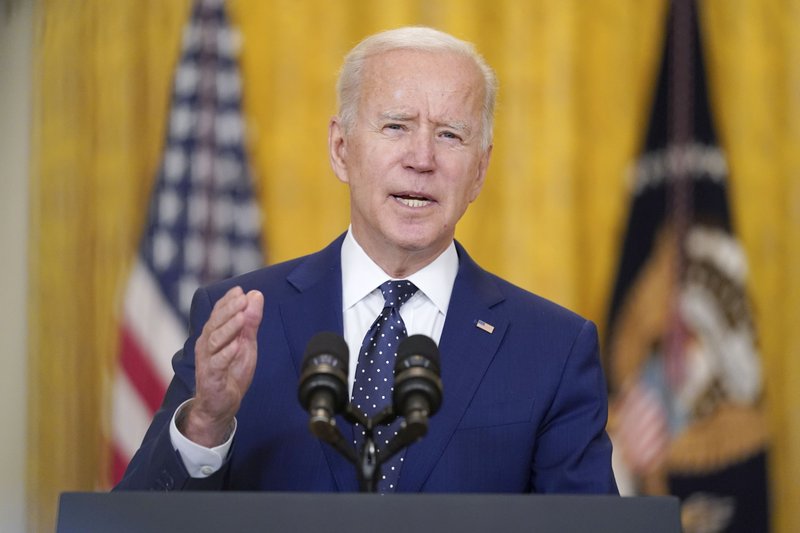 The Biden administration announced Thursday the U.S. is expelling 10 Russian diplomats and imposing sanctions against several dozen people and companies, holding the Kremlin accountable for interference in last year’s presidential election and the hacking of federal agencies.

The sweeping measures are meant to punish Russia for actions that U.S. officials say cut to the core of American democracy and to deter future acts by imposing economic costs on Moscow, including by targeting its ability to borrow money. The sanctions are certain to exacerbate tensions with Russia, which promised a response, even as President Joe Biden said the administration could have taken even more punitive measures but chose not to in the interests of maintaining stability.

“We cannot allow a foreign power to interfere in our democratic process with impunity,” Biden said at the White House.

Sanctions against six Russian companies that support the country’s cyber efforts represent the first retaliatory measures against the Kremlin for the hack familiarly known as the SolarWinds breach, with the U.S. explicitly linking the intrusion to the SVR, a Russian intelligence agency. Though such intelligence-gathering missions are not uncommon, officials said they were determined to respond because of the operation’s broad scope and the high cost of the intrusion on private companies.

The actions, foreshadowed by the administration for weeks, signal a harder line against Putin, whom Trump was reluctant to criticize even as his administration pursued sanctions against Moscow. They are the administration’s second major foreign policy move in two days, following the announcement of troop withdrawals from Afghanistan. Until now, Biden has largely focused on the coronavirus pandemic and economy in his first months in office.

Biden said that when he advised Putin days earlier of the forthcoming measures — which included the expulsion of the 10 diplomats, some of the representatives of Russian intelligence services — he told the Russian leader “that we could have gone further but I chose not to do so. I chose to be proportionate.”