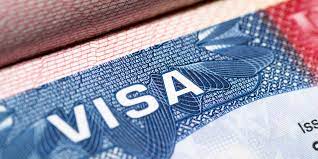 The United States Embassy in Nigeria has said it is expanding its services to assist qualified non-immigrant visa applicants.

It stated that it had restarted an interview waiver visa programme with a pilot project at the US Consulate in Lagos for applicants.

Speaking during a press conference on Tuesday at the US Consulate in Lagos, the US Mission Country Consular Coordinator, Susan Tuller, noted that the project was ‘no-interview’ visa renewals for eligible applicants.

Tuller stated that it would be limited initially and apply only to applicants seeking renewals for academic exchange, work, study and tourist visas.

According to her, every eligible applicant must have a previous visa, which expired within the last 24 months or will expire in the next three months from the date of application.

She stated, “This is not a non-immigrant visa interview waiver process known as the drop box. The new application procedure will begin in February at the US Consulate in Lagos and will be extended shortly thereafter to the US Embassy in Abuja. The number of qualified applicants, who can apply using the new procedures, will be limited initially. Applicants, who meet the criteria, may apply in Lagos until the service is extended to Abuja.”

She said that the drop box system suspended in 2019 did not achieve its intended goals, because “there were a lot of fraud in the applications, in the interview waiver process and high overstay rates by people who through the programme were issued visas to the US even though they had been issued visas in the past.”

She also added that it was discovered that the interview waiver policy did not help “with our productivity, efficiency and customer service,” noting that consular officers had to invite over 50 per cent of the applicants for interviews despite being qualified for interview waiver through the process.

“There were several questions in the applications,” Tuller added.

She further stated that the new visa policy and programme was to allow “us to protect the US border security, which is our highest priority, and facilitate legitimate travel to the US.”

She urged applicants not to use visa facilitators, otherwise known visa agents or touts, for their applications, as they manipulate the process for financial gains.

On Tuesday, May 14, 2019, the embassy indefinitely suspended interview waivers for renewals, otherwise known as the drop box process.

The embassy insisted then that applicants in Nigeria seeking a non-immigrant visa to the US must apply online and would be required to appear in person at the US Embassy in Abuja or the Consulate General in Lagos to submit their applications for review.