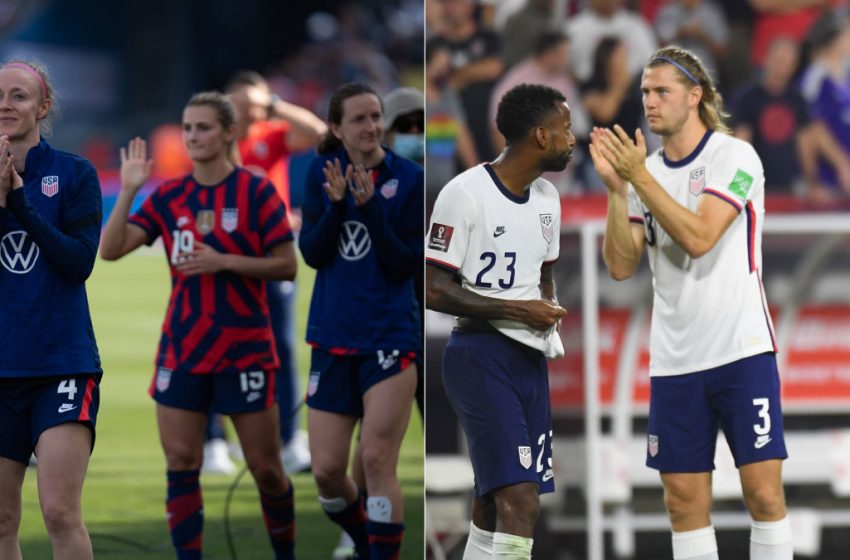 The US men’s and women’s national soccer teams will receive equal pay under a “historic” agreement announced by the US Soccer Federation on Wednesday, following years of pressure from female players.

The move makes the federation the first in the world to equalize World Cup prize money awarded to its men’s and women’s teams.

“This is a truly historic moment. These agreements have changed the game forever here in the United States and have the potential to change the game around the world,” said US Soccer president Cindy Parlow Cone.

The terms of Wednesday’s landmark agreement include “identical compensation for all competitions, including the FIFA World Cup, and the introduction of the same commercial revenue sharing mechanism for both teams,” USSF said.

The deal stipulates that players from both teams “pool and share” the otherwise unequal prize money paid by FIFA for participation in their respective World Cups.

For non-World Cup tournaments, players from “both teams will earn an equal amount of the total prize money paid when both teams participate in the same competition.”

In February, the US national women’s team won a $24 million payout and a promise of equal pay in a najor settlement with US Soccer, that was contingent on the new collective bargaining agreement.

“The accomplishments in this CBA (collective bargaining agreement) are a testament to the incredible efforts of WNT players on and off the field,” said US women’s captain Becky Sauerbrunn, who is also her team’s players association president.

She added that she hoped the agreement “will similarly serve as the foundation for continued growth of women’s soccer both in the United States and abroad.”

– ‘Achieved it’ -The agreement, which runs through 2028, also aims to improve “player health and safety, data privacy and the need to balance responsibilities to both club and country,” USSF said.

Women’s star Megan Rapinoe, who has forged a reputation as an unflinching advocate for social justice causes including equal pay and conditions for her and team-mates, said in February that the settlement marked a moment in which “US Soccer changed for the better.”