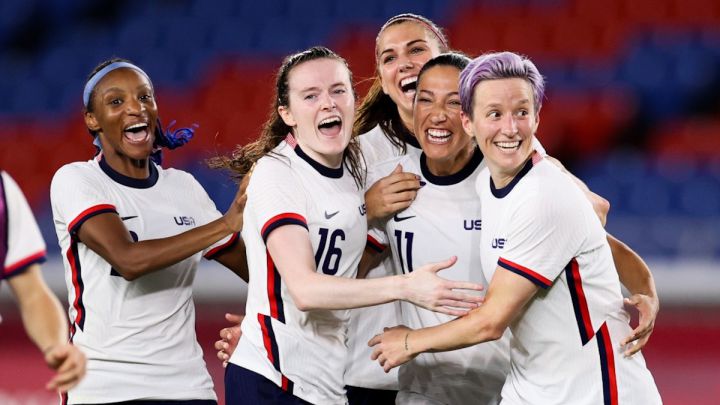 The US national women’s team has won a $24 million pay-out and a promise of equal pay in a landmark settlement with US Soccer, the two sides announced Tuesday in a joint statement.

“US Soccer has committed to providing an equal rate of pay going forward for the Women’s and Men’s National Teams in all friendlies and tournaments, including the World Cup,” the terms of the deal, sent to AFP, said.

The question of World Cup prize money had formed a prominent part of the lawsuit filed by the US women’s soccer team in 2019, which accused the federation of “stubbornly refusing” to pay its men and women’s players equally.

“I think we’re going look back on this day and say this is the moment that, you know, US Soccer changed for the better,” women’s star Megan Rapinoe said in an interview with ABC after the deal was announced.

“Obviously we can’t go back and undo the injustices that we faced but … we know that something like this is never gonna happen again,” she continued, adding she hopes that they can now “move forward” with “setting up the next generation so much better than we ever had it. So it’s a great day.”

Her teammate Alex Morgan, also speaking on ABC, called the deal “a monumental step forward in feeling valued, feeling respected and just mending our relationship with US Soccer.”

The agreement stipulates that $22 million will be distributed to the players, while $2 million will go into an account to benefit them “in their post-career goals and charitable efforts related to women’s and girls’ soccer.”

The settlement is contingent on a new collective bargaining agreement, which needs to be ratified before the deal can be finally approved by a court.

A federal judge had rejected the claim of pay discrimination, but the US women then launched an appeal.

The 2019 lawsuit cited the discrepancy in World Cup prize money payments paid to the two teams in 2014 and 2015.