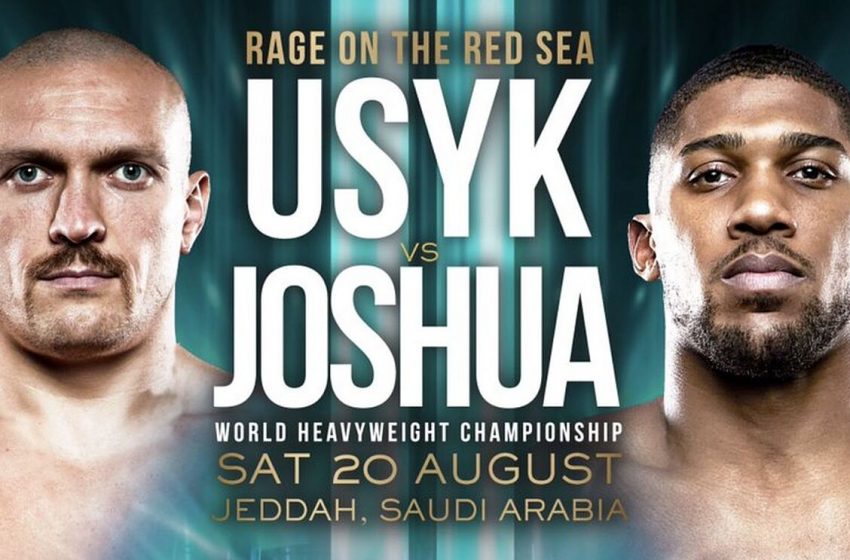 The rematch between Anthony Joshua and Oleksandr Usyk will take place on August 20, 2022, with the event taking place in Saudi Arabia.

Usyk won the pair’s first duel on points, with the judges scoring the fight 117-112, 116-112 and 115-113 in favour of the Ukrainian. Joshua immediately activated a rematch clause, but the fight had to be put on hold after Russia’s invasion of Ukraine.

Usyk also briefly returned to fight for Ukraine, but the heavyweight boxer was given special dispensation in order to prepare for his bout and talks have advanced in recent weeks and days.

Now, the details have been finalised and Joshua, for his part, will be hoping to win back the WBA, IBF and WBO titles he lost when the duo battled each other in London in September last year.

“Fighting championship level back to back has had its pros and cons, but I decide every day to get stronger, to learn from my experiences and grow,” Joshua stated.

“A happy fighter is a dangerous fighter and I am the happiest and most motivated I have been.”

The country is starting to establish itself as a major sporting center with the LIV series golf tournament and the Saudi Arabian Grand Prix representing the two other flagship sporting events that the middle eastern country has been able to secure.