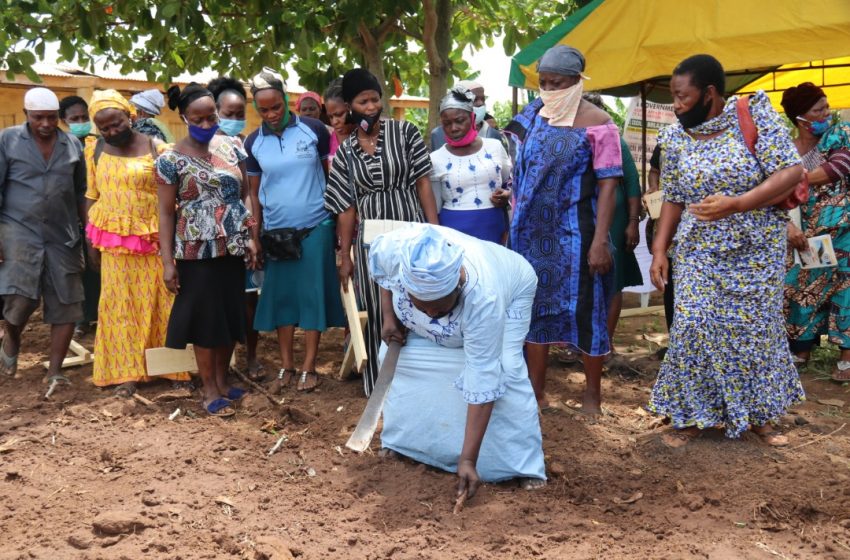 The Lagos State Ministry of Women Affairs and Poverty Alleviation (WAPA) has concluded the training of 250 grassroots women on cassava and maize cultivation, just as it affirmed that the Ministry will not renege on its statutory charge to alleviate the plight of every woman resident in Lagos State.

Speaking at the training programme on maize and cassava production, which was held at Avia Farm, Badagry, the Commissioner for Women Affairs and Poverty Alleviation, Mrs. Bolaji Dada, stated that no woman will be left behind in a bid to eradicate poverty across the State.

She said the Ministry will not only concentrate on supporting the economic progress of city women but also on those living in the rural areas, saying that “We are also going all out to groom grassroots women that are capable of utilising natural resources as a means of income-generating venture”.

The Commissioner stated that the Ministry had in recent times touched various areas of agricultural practices such as vegetable farming, snail rearing and grasscutter breeding, amongst others, adding that the government now intends to concentrate on cassava and maize cultivation, cassava processing, in addition to branding and marketing, as a way to help trainees attain an open market standard using entrepreneurial capabilities.

“This is not about going all out in local marketing practice but rather getting trainees acquainted with packaging and branding, in accordance with the Standard Organisations of Nigeria. Our target is to expand our scope for enhanced agricultural practices that will assist our women in supporting their homes as adequately as possible. We plan on bringing other forms of food processing and cultivation to the fore before end of the year too”, she stated.

Also speaking, the Permanent Secretary in the Ministry, Mrs. Oluyemi Kalesanwo, said the initiative was part of efforts to intensify productivity and enhance food security in the State, pointing out that participants will receive Certificates of Participation, in addition to demonstration plots to practice what they have learned.

In her remarks, the Director, Poverty Alleviation Unit, WAPA, Mrs. Oluwatoyin Salami, applauded the Commissioner and Permanent Secretary in the Ministry for their commitment and unwavering support at ensuring that grassroots women are actively engaged in agricultural activities on farmlands.

“We have trained 250 volunteers on modern techniques of cassava and maize cultivation with improved and high yielding seedlings for 10 months. This was done in batches and plots of farmlands were given to them to exhibit their learning potentials on their demonstration plots”, she said.

Salami averred that the demonstration plots given to the trainees will be assessed monthly through farm assessors, who will rate their learning educational progression, based on values they had added to the cultivation.

“The trainees will be assessed to determine their progress on the farm. Thereafter, they will be given certificates of completion along with seedlings to commence their own businesses”, she added.

The highlight of the three-day program was the distribution of seedlings and plots to participants to enhance agripreneurship for women in line with the T.H.E.M.E.S agenda of the Governor Babajide Sanwo-Olu led administration and of Making Lagos A 21st Century Economy.