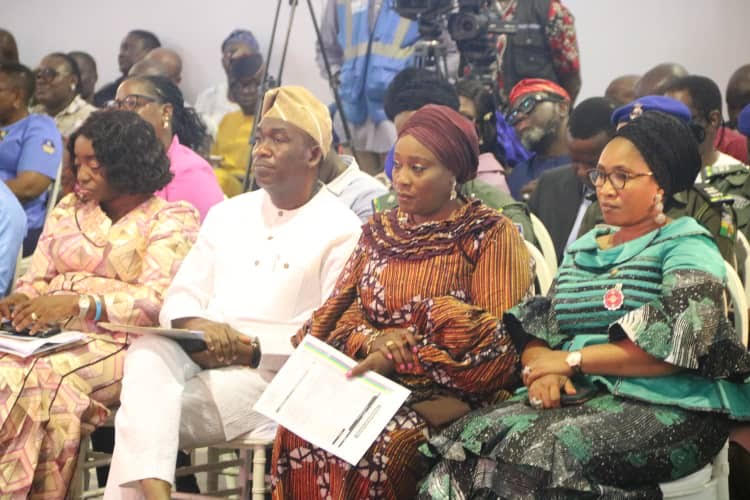 Lagos State Governor, Mr. Babajide Olusola Sanwo-Olu has assured Creative Art Practitioners in Lagos State of his government’s unrelenting commitment to the growth of the sector, describing it as one of the major drivers of tourism development in the State.

The Governor said this today at the Y2022 Greater Lagos Art Exhibition, themed: “Art in and for Transformations”, held at the Harbour Point Event Centre, Victoria Island.

Mr. Sanwo-Olu, represented by the Deputy Governor, Dr. Kadri Obafemi Hamzat, stated that his administration has embraced every opportunity to support and encourage young and upcoming talented individuals to grow and gain the exposure they will need to succeed.

According to him, “Creative art occupies a special place in the E pillar of his administration’s T.H.E.M.E.S agenda, which stands for Entertainment and Tourism. Over three years of the implementation of our development agenda, we have left no one in doubt about our desire to fully harness the largely untapped potentials in the entertainment sector, especially the creative arts component”.

Speaking further, the Governor stated that the exhibition is quite instructive as there is a need to utilise different words and media to effectively communicate messages and ideas, particularly those meant to change the orientation of the public, societal ills and their effects on the general well-being of the society.

He was of the conviction that the theme of the exhibition speaks to the power of artwork as potent tools for driving and influencing social transformation through the message they communicate.

In her remarks, the Wife of the Governor, Dr. (Mrs.) Ibijoke Sanwo-Olu said the event presents opportunities to appreciate the enormous contribution of artists to society and to remind them of the need to have their creativity to correct some ills within the community.

She noted that across the globe, Art had proven to be a powerful tool which helps people communicate with the outer world and better understand their inner selves.

The Lagos First Lady stated further that as opinion moulders and great influencers of thought, they should be deeply involved and commit themselves to supporting the present administration in stamping out the menace of gender-based violence in society using artworks as a form of campaign against domestic and gender-based violence and other societal vices.

Earlier in her welcome address, the Commissioner for Tourism, Art & Culture, Pharm. (Mrs.) Uzamat Akinbile-Yussuf stated that the exhibition is part of the State Government’s intervention to give visibility to artists and their artworks in order to further deepen the creative industry.

She added that Art in its various forms is a good business that deserves every attention and investment.