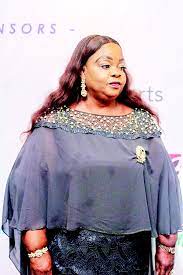 The Lagos State Government has spoken of its efforts in reducing unemployment, saying no less than 125,000 direct and indirect jobs have been created in the last two years.

Commissioner for Wealth Creation and Employment, Mrs. Yetunde Arobieke, announced the figure while addressing the media in commemoration of the second year in office of Governor Babajide Olusola Sanwo-Olu at Alausa Secretariat, Ikeja.

The Commissioner said that the partnership initiative of the State Government with the Federal Government in giving soft loans and grants as well as making empowerment initiatives have assisted greatly in bridging skills-gap, unemployment rate and poverty.

Specifically, the Commissioner reported that the impact of the COVID-19 pandemic on the livelihood of residents, especially the indigent, was minimal because of the succour provided by the various empowerment initiatives embarked upon by the Ministry.

Mrs. Arobieke said 8,000 residents were supported earlier this year, through a Special Grant for Rural Women in partnership with Federal Government. The beneficiaries are spread across all the 57 Local Government Areas and Local Council Development Areas.

No fewer than 22,647 beneficiaries under the variants (N-teach, N-Health, N-Agro) participated in a sensitisation workshop organised to review experiences, gather strategies needed post-N-Power programme and provide a platform for future career prospects. The Commissioner said the Graduate Internship Programme has invited 1,000 candidates who scored 60% and above in the online Assessment Test for the first tranche of the employability skills training.

On capacity enhancement and upskilling for tradesmen and artisans, Mrs. Arobieke stated that 2000 artisans selected from trade associations were retrained in Y2020 while another batch of 2000 artisans will begin training soon..