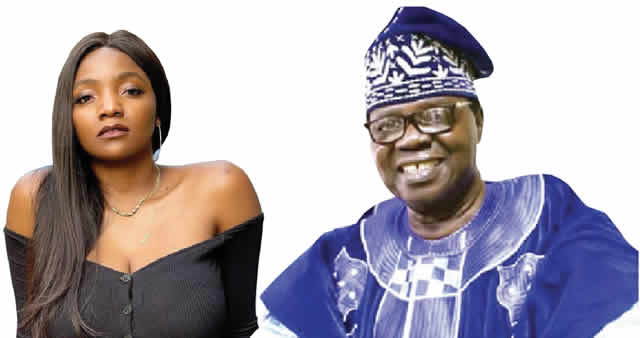 Legendary juju musician, Ebenezer Obey’s works have been sampled and remixed by many artistes, so it did not come as a surprise when popular singer, Simisola Kosoko, widely known as Simi, recently had a collaboration with him to record a remix of one of his evergreen songs, Aimasiko.

In an interview with Sunday Scoop, the respected musician stated that he had a good time working with Simi, who is married to fellow singer, Adekunle Kosoko, aka Adekunle Gold.

He said, “Simi is my daughter and her husband is my son as well. She is a very talented artiste. She happened to have done (a remix) of one of my songs, Aimasiko, on her own. But, she took permission before doing it and it came out very well. So, we decided to do a version of the song together.

“She is a wonderful artiste and cool-headed person. She is very humble and knows what she is doing. Working with her was a good experience. She and her husband are true musicians.”

About a thousand locals have been evacuated from the area.

The cause of the fire was not clear, but the company said the blaze broke out during a lightning storm.

The local disaster agency said one person had died from a heart attack after the explosion.

Six severely wounded people have been hospitalised in the capital Jakarta, about 200 kilometres (120 miles) from the sprawling plant, which opened in the mid-nineties and can refine some 125,000 barrels of oil a day.

At least 30 others sustained minor injuries.

Pertamina has insisted the fire is not likely to cause fuel supply disruptions due to a high volume of stock.