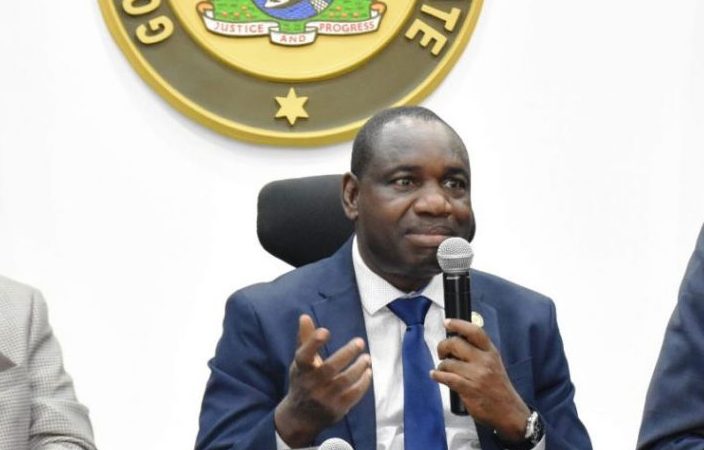 The Honourable Commissioner for Information and Strategy, Mr. Gbenga Omotoso, has revealed that this year’s edition of the Lagos State Economic Summit, tagged: “Ehingbeti Summit”, will unveil the State’s 30-Year Development Plan.

Speaking during his appearance on a Yoruba Radio Programme “Ebawa Da Si” on IKD106.1FM on Thursday, Omotoso explained that the summit would not only focus on the economy but the general development of all facets of human endeavour in the State.

He said: “The forum was conceived as a platform where local and international leaders in private and public sectors assemble to chart a course for the future development of the State. In essence, the Summit will address the socio-economic development of Lagos State”.

The Commissioner averred that some of the ongoing projects of Governor Babajide Sanwo-Olu’s administration, which include the soon-to-be-completed Red and Blue Rail transport system, the Lekki Sea Port, major roads, bridges, hospitals, schools, environmental regeneration and the proposed airport among others, were some of the outcomes of previous Ehingbeti Summits.

On the issue of flood management, Omotoso stated that flood is a natural phenomenon as no one can determine the volume of rainfall and its duration, maintaining that the Sanwo-Olu administration has done exceedingly well to control flooding in the State.

While pointing out that flash floods recede immediately after the rain subsides in most parts of Lagos, Omotoso said the flood management strategies adopted by the present administration are commendable if compared to the havoc that flood is wreaking on lives and property around the world.

Commenting on the plans of the government to ensure that the Lekki Sea Port, Dangote Refinery and other developments around Lekki do not result in traffic congestion along the axis, the Commissioner responded that a six-lane expressway and regional road are being constructed to complement the existing road network to ensure free traffic flow on the corridor.

He attributed the occasional slow vehicular movement in Ikorodu to indiscipline on the part of road users who flagrantly disobey traffic rules and regulations by stopping for passengers to board and disembark from vehicles, stressing that the continuous abuse of traffic laws, road setbacks and bus stops contribute to traffic buildup on roads across the metropolis.

Omotoso gave assurance that the road expansion and removal of roundabouts on some roads in the city will improve the traffic situation significantly, charging motorists and road users to obey rules and regulations in the interest of all residents.